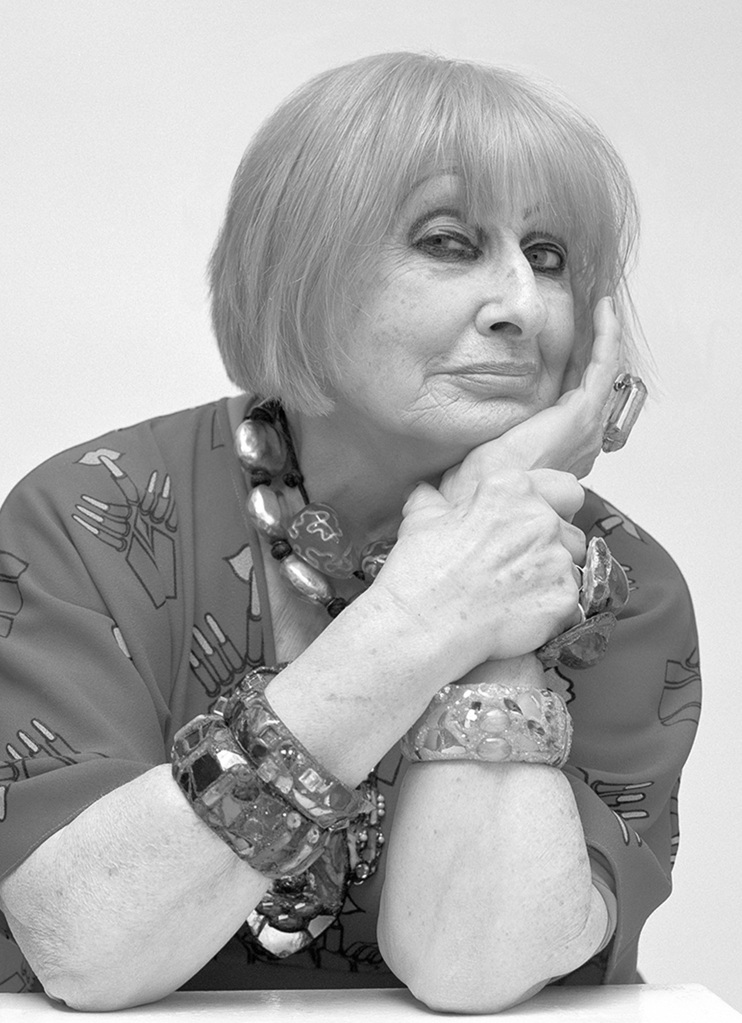 Zandra Rhodes studied textile design at Medway College of Art. She won a scholarship to the Royal College of Art in London, graduating in 1964. After teaching, and designing prints independently, in 1966, Zandra went into business with Royal College of Art fellow graduate Sylvia Ayton. In 1969 she launched her first solo fashion collection. Zandra’s career has seen her collaborate with brands such as Valentino, Topshop and Mac Cosmetics. She continues to produce RTW collections seasonally, showcasing them at London Fashion Week. In 1983 Zandra received a Daytime Emmy Award Nomination for Outstanding Individual Achievement in the Performing Arts, for her Costume Design for Romeo and Juliet on Ice. She was named Chancellor of the University for the Creative Arts in 2010. In 2014, Zandra was made a Dame by HM Queen Elizabeth II, in recognition of her services to the British fashion and textiles industries. 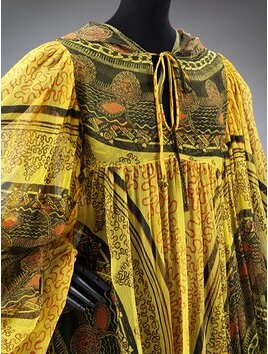 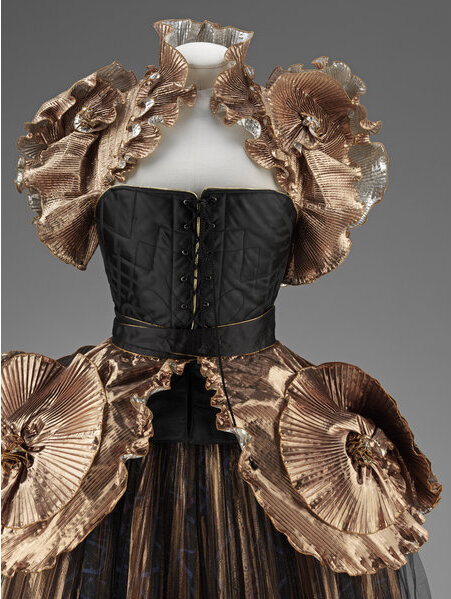 Renaissance Cloth of Gold Crinoline, in The Vulgar
1981 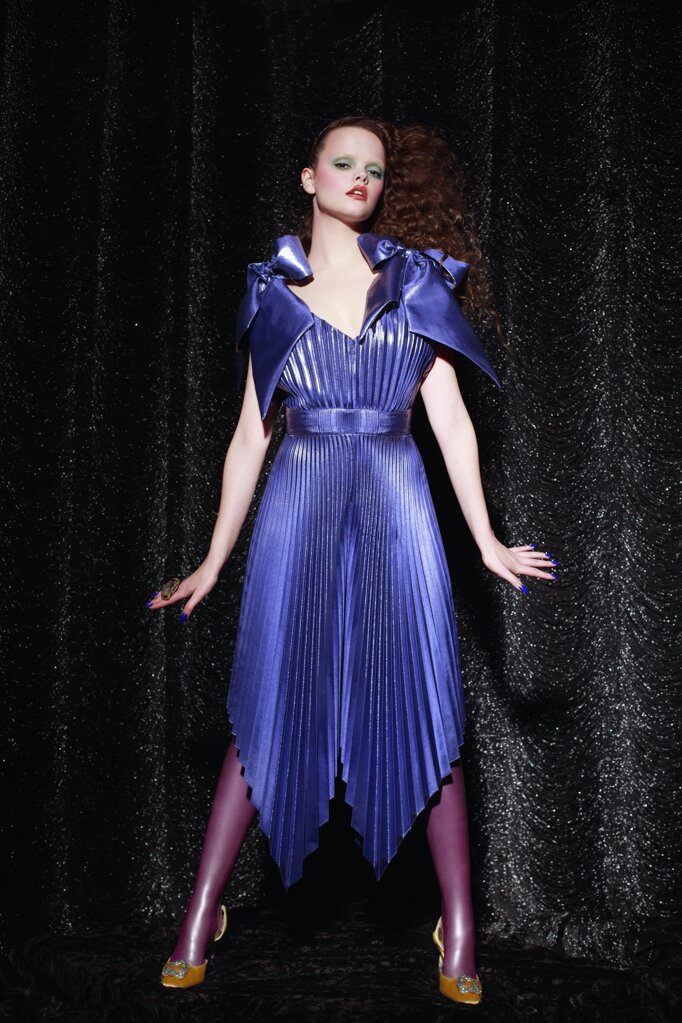