The title ‘Royal Designer for Industry’ (RDI) is awarded annually by the RSA to designers of all disciplines who have achieved ‘sustained design excellence, work of aesthetic value and significant benefit to society’. The RDI is the highest accolade for designers in the UK. Only 200 designers can hold the title. Non-UK designers may become honorary Royal Designers. The ‘Royal Designers’ are responsible for designing the world around us, enriching our cultural heritage, driving innovation, inspiring creativity in others and improving our quality of life. The jet engine, Routemaster bus, iPhone, and Harry Potter film sets, among thousands of objects and experiences that have been created by them. Since it was introduced, recipients of the honour have included designers as diverse as Barnes Wallis, Lucienne Day, Jonathan Ive, Thomas Heatherwick and Es Devlin. The Royal Designers contribute to the RSA in numerous ways, sharing their skills and experience with the organisation, its staff and networks, in particular supporting design education through the RSA Student Design Awards, and the RSA Family of Academies. 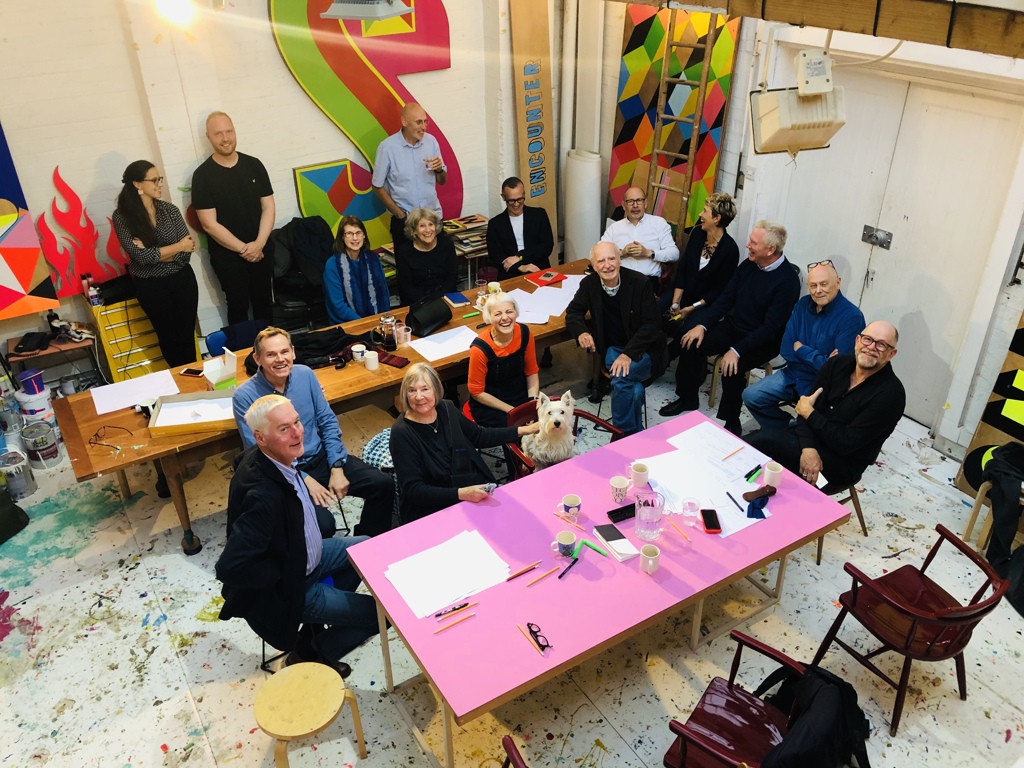 A title linking design and industry suggests creativity partnering closely with business and manufacturing. But when the first Royal Designers for Industry joined that unique body of creative men and women in 1936 that was more an ambition than a reflection of reality. The Royal Society for Arts, Manufactures and Commerce created the role ‘to give recognition to outstanding designers and to promote the important contribution of design in manufacturing and industry’. At that time, ‘design was widely undervalued and misunderstood, both as a profession and as a tool to boost economic and social progress’.

According to design historian Fiona MacCarthy, ‘The practice of design was seen in those days as inevitably a kind of confrontation’. Introducing the 1986 ‘Eye for Industry’ exhibition to commemorate 50 years of the RDIs, she wrote, ‘It was the legacy of the Arts and Crafts movement, steeped in the philosophy of [John] Ruskin, to view design for industry as some sort of skirmish if not with capitalist evils at least against the forces of visual apathy.’

‘Industrial design’ spanned a wealth of skills from ceramics, metalworking, textile design and graphics crafts to architecture and engineering. The focus was more on handcraft in the early days, and the faculty was predominantly male. Most RDIs straddled handcraft to machine-making though.

The brainchild of RSA vice-president John A Milne, the faculty was limited to 40 designers when it was established in 1938. The self-governing group was much as it is today. John Milne saw the title as a parallel to artists becoming Royal Academicians. But according to Sir Gordon Russell, Master of the Faculty in 1948, it was not about exclusivity nor, at inception, were the RDIs a professional body as such. ‘These letters [RDI] should connote a standard, but most certainly not a feeling of superiority or complacency,’ he said in a lecture to the Design and Industries Association at London’s Burlington House in1948. Many early RDIs were pioneers, not just in design but in founding the UK design industry. Sir Gordon Russell, for example, was also on the RSA council and a director of the Council for Industrial Design, set up by the Board of Trade in 1944. Milner Gray was president of the Society of Industrial Artists, founded in 1930. 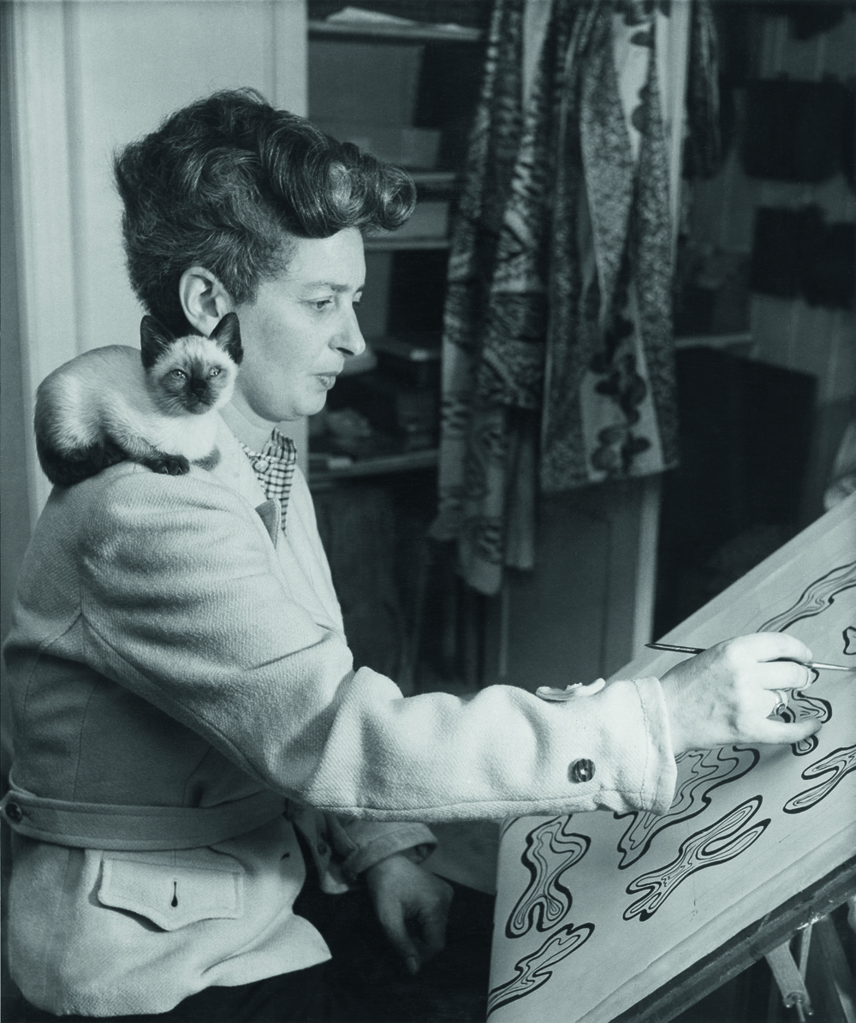 Activities have always brought the RDIs together to share experiences. But since Sir Gordon Russell’s day, various groups have emerged from within the ranks that have used the title and RDI’s talents to promote and foster design and craft. National events have fostered collaboration too.

The Second World War saw design come to the fore in ventures to save lives, with RDIs featuring prominently. An airborne lifeboat by small boat designer Uffa Fox, public information posters by Abram Games and Tom Eckersley, urging people to ‘Dig for Victory’ and reminding them that ‘Careless Talk Costs Lives’, and camouflage by Robert Goodden were among these.

In 1942 a shortage of traditional materials prompted the Board of Trade to set up the Design Panel for Utility. Sir Gordon Russell chaired the furniture panel until Frank Austin took over in 1943, Enid Marx created industrial fabrics and Sir Hardy Amies oversaw fashion.

Immediately Post War, the Board of Trade rallied prominent RDIs and some who later joined the faculty for a series of exhibitions to promote British design and boost overseas exports. In 1946 it staged ‘Britain Can Make It’ at the Victoria & Albert Museum in London, with Sir Misha Black and James Gardner taking a lead and poster designed by Ashley Havinden. In 1947 the Royal Scottish Museum in Edinburgh hosted Enterprise Scotland, designed by James Gardner and architect Sir Basil Spence.

But the big push came in 1951 with the Festival of Britain, masterminded by Sir Hugh Casson, who was appointed Director of Architecture for the festival in 1948. Architect and industrial designer Sir Misha Black, who worked on the Dome of Discovery, the Regatta restaurant and the Bailey Bridge, was among the RDIs who played prominent roles in the project on London’s South Bank. Ernest Race’s Springbok and Antelope chairs were on show, for example. Robin andLucienne Day created seating and fabrics respectively, Robert Goodden designed the Lion and the Unicorn pavilion to celebrate British design with exhibits such as Susie Cooper’s bone china Quail service, and Abram Games designed the iconic festival logo. The festival highlighted British creative talent, but it also inspired new generations of designers and architects, some of whom were taken as children by their parents. 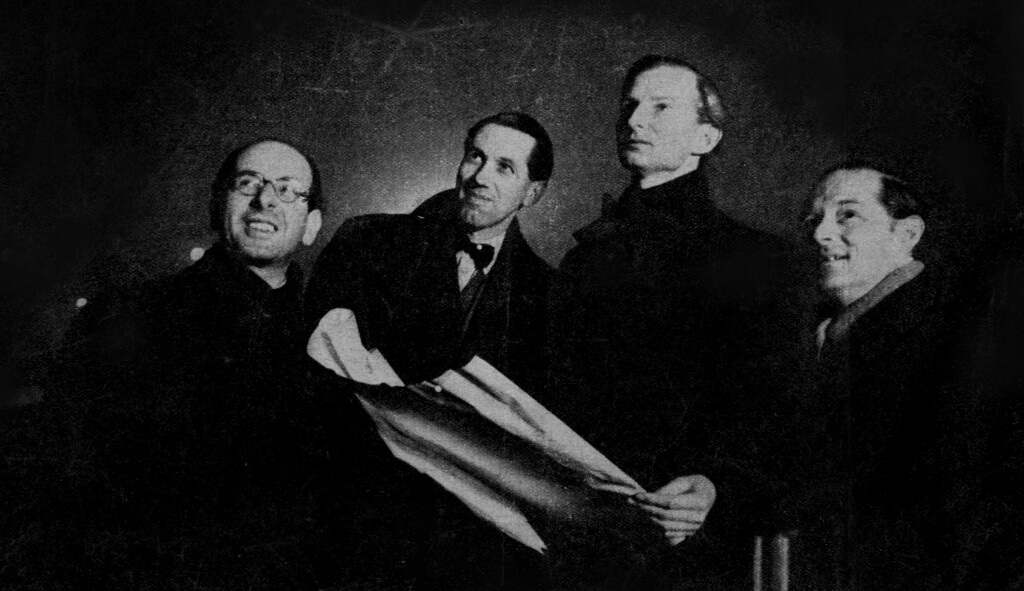 A constant theme has been the RDIs’ involvement in education, particularly the RSA’s legendary Student Design Awards. RDIs act as judges and mentors for the students. Several winners have gone on to become RDIs, significantly fashion designer BettyJackson, who became Master in 2015, product designer, Sir Jonathan Ive, digital designer Simon Waterfall and service designer Ben Terrett. RDIs are also involved in the RSA Academies, established in the West Midlands in 2011 to foster a social agenda in primary and secondary state schools. This involvement began in 2008 when the first RSA Academy Tipton opened, and gathered momentum as part of the 75 Days initiative set up by the RDIs when product designer Robin Levien was master to celebrate their 75th anniversary in 2011. Individual RDIs gave a day of their time and expertise to RSA projects, including the Academies. Theatre designer Timothy O’Brien later instituted a Summer School, a three-day event involving some 45-50 people including RDIs and emerging designers. These ran for nine years from 2000 to 2008. 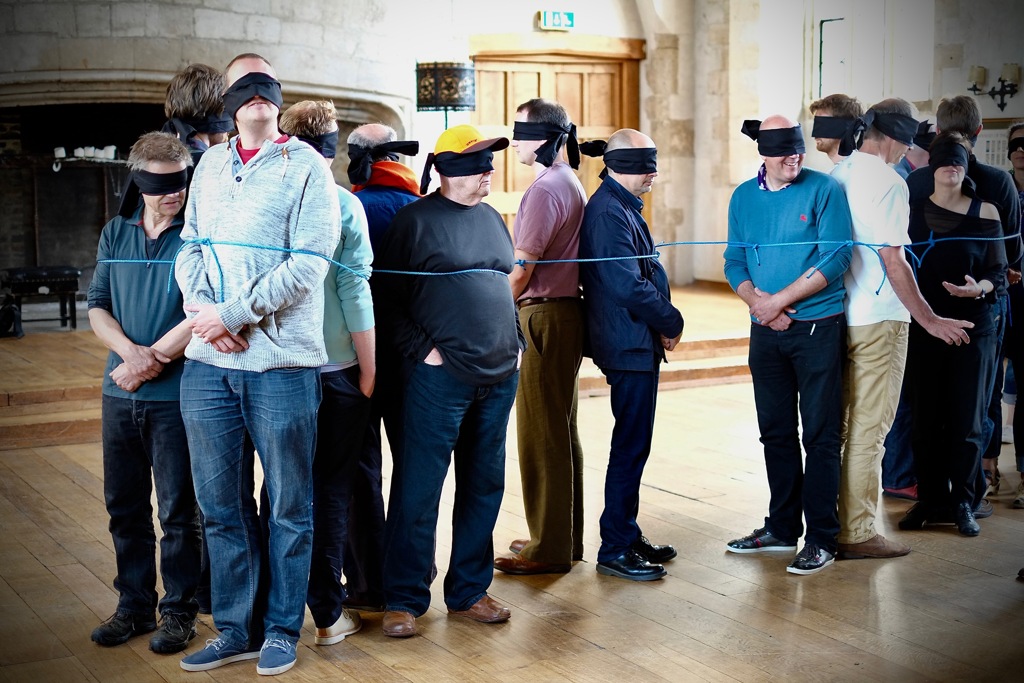 RDIs find themselves tied in knots as part of a Summer School experiment!
Working with the RSA

Collaborations with parent body the RSA have been long-standing and continue. In 1954, Susie Cooper designed a ceramic plaque as a gift from the faculty to the RSA to commemorate its bicentenary. Fifty years later, graphic designer Derek Birdsall created a series of Royal Mail stamps to celebrate its 250th anniversary. That same year, Timothy O’Brien helped the RSA stage an ambitious anniversary conference at London’s Royal Albert Hall.

In 1986 the Design Council published ‘Royal Designers on Design: a selection of addresses by Royal Designers for Industry’. In his foreword, RSA chairman HRH the Duke of Edinburgh, a staunch design champion, spoke of the introduction of the RDIs in 1936 as one of the RSA’s most inspired ideas.

From 1997-2002 graphic designer Mike Dempsey redesigned and art directed the RSA Journal and went on to become Master from 2005-2007. In 2006 he instigated the recorded interviews with RDIs and Honorary RDIs under the banner of RDInsights.

Today there are nearly 200 RDIs and Honorary RDIs who together form one of the largest multi-disciplinary design organisations in the world representing the very best in design. Following agreement with the RSA in 2017, The Association of Royal Designers for Industry was formed in May 2018 to help oversee the work of the Faculty. Independent of the RSA, the Association operates as a non-profit organisation whose mission is described here.